Home » What Is Parkinson’s 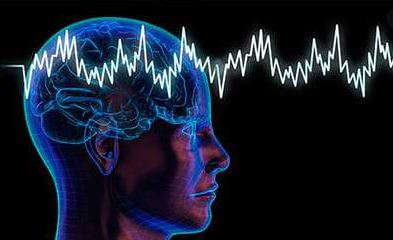 Parkinson’s disease is a disease that causes a gradual deterioration of the nervous system, which affects bodily movements and progresses gradually. At first the disease is not noticed and when an infected person feels a slight tremor in only one hand, he often ignores it as minor. Trembling is a common symptom, while other symptoms include numbness (loss of flexibility) and slowing of body movements. People who have increased tremors in their hands find it difficult to do small daily tasks such as pouring water into a glass, holding a cup of tea or tightening a screw.

Every year on April 11, World Parkinson’s Day is celebrated. Awareness programs are held in countries around the world for this purpose, while public marathons are also held in many cities.

The disease was diagnosed 200 years ago by Dr. James Parkinson in his essay “An essay on the shaking palsy” and celebrated his birthday as an awareness of the disease. Goes

Trembling: Trembling usually begins in the hands or fingers. Hands tremble even when they are at rest.

Slowing down of physical movements: Over time, this disease can slow down your physical movements, making it difficult and time consuming to do even small tasks. The affected person takes small and slow steps while walking, has to drag his feet in an attempt to walk and finds it difficult to get up from the chair.

Muscle stiffness: The muscles in any part of the affected person’s body become stiff and stiff and the elasticity in them disappears. Tight muscles can be painful because they limit your bodily movements.

Impairment of body balance and structure: The affected person’s physical balance may deteriorate and he will not be able to straighten his body at all while standing. Such a person’s body is tilted forward or curved.

Change of speech style: The affected person’s speech style changes. His speech either slows down or accelerates. He utters words in a way that is difficult to understand.

Effects on writing style: It becomes difficult for the affected person to write and he is unable to write big words.

If a person feels all these symptoms or any one of them, he should see a doctor immediately. He may look at other causes besides Parkinson’s.

Specific brain cells (neurons) in a person with Parkinson’s disease either break down or die. Many of the symptoms are caused by damage to neurons in the brain, which produce a messenger chemical called dopamine. When dopamine levels begin to drop, abnormal brain activity occurs. This can lead to the death of various neurological groups such as Substantia nigra. In healthy people, dark-looking brain cells produce dopamine. Symptoms of Parkinson’s appear when about 60 to 70 percent of these cells are affected.

As the causes of Parkinson’s disease are unknown, concrete ways to protect against it have not yet been identified. Some research suggests that aerobic exercise may be included in your routine to prevent the disease. Another study found that users of caffeine (which is found in coffee, tea and cola) were less likely to develop Parkinson’s disease than those who did not use caffeine. However, there is no clear research that says that caffeine protects against Parkinson’s disease. The same is true of green tea.

Parkinson’s disease is still incurable. However, symptoms can be controlled with specific treatment. Depending on the severity of the disease, some doctors may recommend surgery. The doctor may instruct the affected patient to make necessary lifestyle changes, especially aerobic exercise. Physiotherapy is also recommended to improve the physical balance and mobility of some patients. Affected people are also given drugs that increase or replace dopamine in the brain.

What kind of person is jealous?
Anger is the enemy of your health
To Top