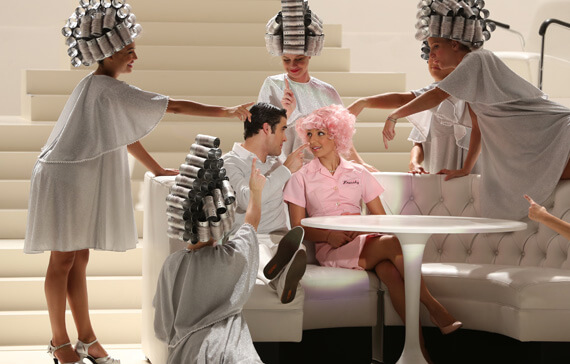 On 29th October 2013, a new reality show was premiered on MTV with the name of beauty school dropout. The name of the show gives you the impression that it’s about a bunch of spoilt teenagers who chose to study makeup because nothing else was their cup of tea and soon found out that neither were makeup classes which led them to dropping out but, what can one say about luck, it can change a man’s life, these little dropouts came up with their own reality show with the name of “beauty school dropouts” which focuses on encouraging teenagers who can’t study anything, to have faith in themselves as life will eventually  give them lemons, as they call it. But here’s good news. It’s nothing like this, not even close

The show beauty school dropouts is a British reality show based in Manchester England that focuses on Irish and British young individuals who have moved into beauty schools to professionally work as beauticians.

The cast of the show beauty school dropouts consists of 4 boys and 4 girls who had come from different parts of England to enhance their skill affiliated with all types of beauty related tasks such as makeup, hair styling, nails etc. This show has only released one series and there has been no news about their upcoming series.

Beauty school dropouts aimed to teach these 8 youngsters the art of dealing with real customers and making them happy with their extra ordinary skills. Our body is one of the most essential things to us and we all want it to be kept prim and proper. Which is why most of us before going to any sort of salon and spa, carefully do our homework regarding its hygiene, comfort and skill. Thus this show aimed at making these individuals expert beauticians

The agenda of the show beauty school dropouts also included body building, personal train and tattooing. The 8 individuals were each assigned mentors and were given all the resources to learn and get trained to their fullest capacities.

Shows like beauty school dropouts are I believe very essential for the grooming of the youth. They don’t just give you the confidence to excel in what you like but also give you the expertise you need to win the world of glamor and fight the race or success. Beauty school dropout aired its last episode on 17th December 2013, and has not yet released a new series. The cast of the show was very well trained and quite a few of those teenagers have their own shows that focus on various fields that come under the umbrella of being a beautician. They also give classes to other teenagers that have the same dream these youngsters once had and are quite successful in what they are doing.

How to keep your skin fresh?
Anti Aging Foods For An Anti-aging Diet
To Top