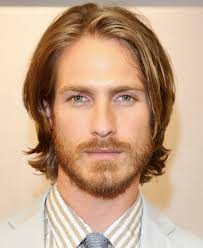 Haircuts for men are always changing according to upcoming fashion. Sometimes before men’s hairstyle was like women as shown in many movies. Many movie stars make long hairstyles due to tend. Short haircut was long been trend for men. You can find majority of men saying that they find all young ones having long, shaggy hair that reach to their shoulder. May be they were right because it was the trend of young ones by having such hairstyle. We are going to tell you some words about long haircuts.
In the eighties and nineties Mohawk was one of the most popular haircut trend. Now-a-days it is the faux-hawk. Mohawk was short hair from the sides and longer in the middle and can be spikes upward. For it a lot of gel can be used to make such a style. Due to these style hair products was much in sale.
One more style which is becoming so much now-a-days is emo style. Long hair which reaches to one side of the eye on the forehead is more popular among boys as well as girls. This style looks much mysterious and cool. I personally love this style and have this style. I always ask to my girlfriend to make such style because she looks damn hot in this style.
In some men hair dying is much popular. This trend came in between almost last 8 years. Men like to highlight their whole hair or some part of hair to look cool. Before some time it was common to frost the tips but now-a-days situation is different because colors are added with much tones. It was never in the history. Two thousand ten came with lots of hairstyles and much color tones for long hair. There are various styles for long haircut but now men are moving towards short haircut because they believe that short haircut give them more sophisticated look. Long hairstyle come and out with time to time.

It does not matter you are young or old; you can get a damn cool hairstyle for you. You will definitely find a superb hairstyle which wills gives you pleasure. This season is not totally cutting long hairstyle trend. You can much long hairstyle for this year which is becoming popular among people. Keep in mind one thing that perfect hairstyle is possible when you prefer on personal style and adopt it.

Men hairstyles for big forehead
STYLE FOR MEN
To Top