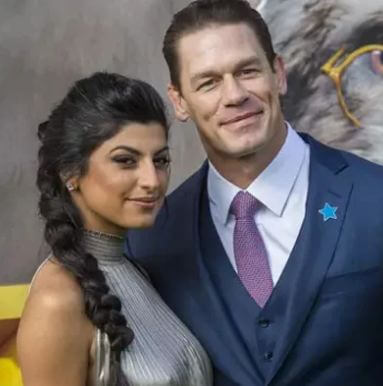 World-renowned wrestler John Cena has quietly married his girlfriend Shay Shariatzadeh in Florida. John Cena has been married for the second time since 2012.

The 43-year-old world-renowned wrestler has yet to announce his marriage, but foreign media reports say John Cena held a small wedding ceremony attended by close people.

Reports say that the WWE star and actor did not officially announce anything nor did they invite the press for a photo shoot.

John Cena started dating actress Shay Shariatzadeh in early 2019. The two first met on the set of ‘Playing with Fire’.

John Cena said he was not convinced to make his private life public.

In 2018, Nikki Bella released a statement on her Twitter account in which she announced the end of her relationship with John Cena.

John Cena and his fiancé Nikki Bella have been together for 6 years, but they have announced the end of their relationship.

“After 6 years together, John Cena and I are deciding to separate. It was a difficult decision, but we will always have respect and love for each other in our hearts, including you,” Nikki Bella said in a statement. We hope you will respect our decision.

72 Popular Recommended Game Apps
What is the moment when she falls in love with her boyfriend?
To Top