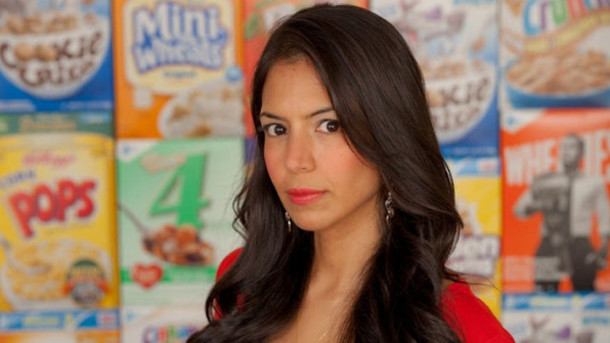 Nowadays, some people try to live in a healthy way for getting a better healthy body. Vani Deva Hari is one of them. She is a well known author and activist of the food industry. She writes much about healthy food on her blog called Food Babe. Her awareness about nutrition, additives and process in the food industry makes her blog followed by a million people.

On Food Babe, she writes about what in her mind related to the food industry. Her criticism pushed some food industry to make changes. They changed the ingredient of their product because of her campaign. Some of them are Kraft food, Subway, Chipotle, General Mills and Kellog. At last these food producers have to change their ingredients because of so much people agree with her. Hari was successful in collecting so many signatures in her petition. By the end of October 2013, she collects 348.000 signatures for her petition to Kraft Food, since March 2013 when she posted the repetition for the first time.

Her opinion that raw milk is superior also makes some scientist need to speak about it. Research proves that raw milk has dangerous bacteria, such as salmonella and E. Coli that can cause some diseases. It’s very risky to drink raw milk, because it is unpasteurized.

Whatever, we have to appreciate Hari’s effort to make the world better by her Food Babe. Her criticism and campaign make the food industry make their products in a better way. They pay more attention about the ingredients that they will use for making their product.

For people as customers or user, Hari make them more aware about their foods. Before they buy foods they look for the information about the foods. They do this for getting healthy body.

Her consistent struggle in the food industry by her blog from 2011 until now success in making a better condition for many people. Not only consumers aware about the healthy food but also the producers are pushed to be careful in using all the ingredients. Government has to change the policy about food industry.

Hari’s blog is not only about her criticism but also healthy recipes of food that can make us healthy. Her recipes use natural ingredients. The follower can try all recipes she writes on her blog. From the picture on her blog we can see that all the food seem so delicious.

Food Babe is not just a blog. The blog reflects that the owner is a fight. Her fight is not only for her, but for the health of many people. She invites everyone to fight together to get healthy food for healthy body.