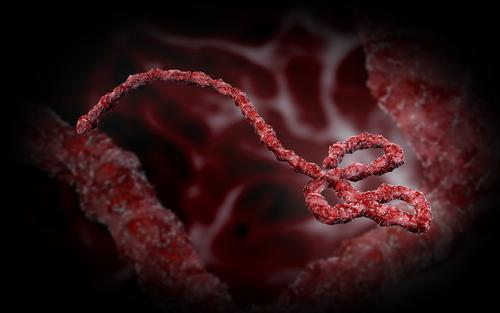 Ebola Virus Disease is a deadly disease that has become a major threat to human beings. With its outbreaks starting in Congo, Zaire in the 1970’s, Ebola has engulfed more than 20.000 people to date with no proper cure.

Initially, the Ebola Virus was found in animals like monkeys although the actual source of Ebola Virus is still unknown. Later on Ebola Virus was transmitted to humans and then it further spread from person to person via body fluids and became an epidemic. However lately, evidences have been reported of Ebola associated Zombi-ism which has created utmost panic amongst people in the native regions.

Zombies are fictional characters and are a symbol of horror in the world of movies. Zombies are considered to be dead bodies infected with a disease. The disease makes them able to walk, but they don’t think or have consciences. Basically, zombies can also be considered numb as even after ripping off their arms and legs they won’t feel any pain hence considered immortal. Zombies are also considered to impart zombiness to humans by biting them. If a zombie bites a human being, the human is also converted into a Zombie. Usually these zombies feed on blood and flesh on other human being. But the good part is that Zombies do not exist in the real world and are purely a fictional character.

As if the threats of Ebola Virus Disease were alone not a problem, a new incident has been reported that has caught the attention of everyone in the Ebola world.

While scientists were busy developing vaccines and drugs for Ebola Virus, the incident took place in Nimba country of Africa where two female Ebola infected dead patients rose to life just before their funerals. The patients were reported to be in their 40’s and 60’s and had been suffering Ebola Virus Disease. One of them named Ma Kebeh had been indoors for two nights without food and medication before her death.

The people of the community were totally panicked and thought that these women must not be living with the community, in case they are the real EBOLA ZOMBIES.

Although Zombies are pure fictional characters and no evidences have been found of the dead coming back to life with any diseases in the past, this incident has raised many questions on the EBOLA associated ZOMBI-ISM.

The most significant explanation of this incident can be that the patients actually never died and were only assumed to be dead and taken for burial, considered dead due to their critical Ebola Virus Disease. If this explanation proves to be true, another question that rises is how many more Ebola infected patients were buried alive in this way?

Although there seems not much truth in Zombi-ism associated to Ebola Virus Disease, the panic amongst people in Ebola affected areas has been doubled by Zombi-ism as well now.

Is ebola airborne? Important information to know.
How is Ebola contracted? Ebola Symptoms
To Top